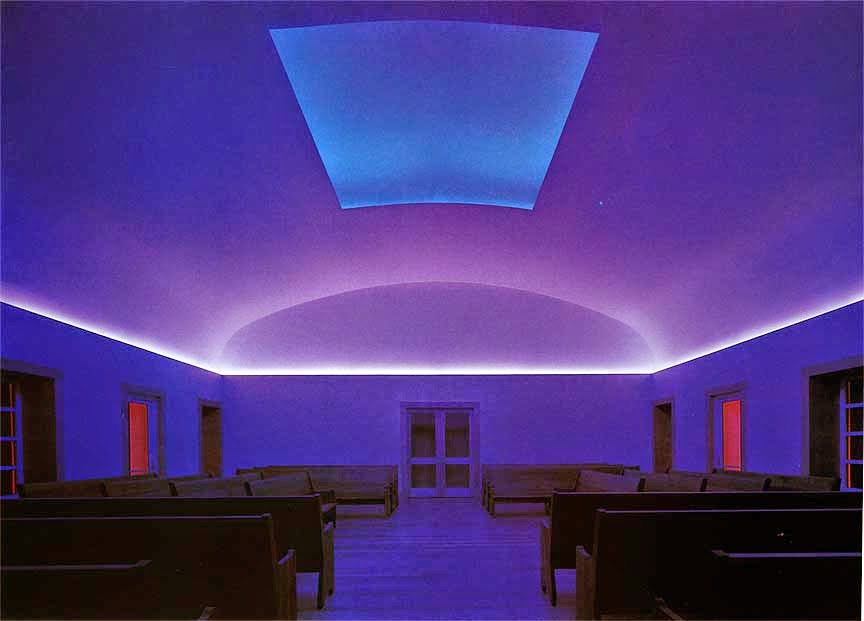 If thundershowers hadn't been threatened, we wouldn't have seen the extraordinary "closed roof" Skyspace light show by James Turrell last night at Chestnut Hill Friends Meeting (Quakers).  "Sorry you missed the real thing" said one of the volunteers afterwards.  But we did see the real thing - one aspect of it.  We'll go again for open roof another time.  But considering that the light changes with the seasons and time of day, most dramatically at dawn and dusk, rewarding repeat visitors with different experiences, maybe we'll go back more than once. The electronics are so delicate and complex that if rain is threatened they don't risk opening the roof.

We had brought our yoga mats and pillows so we could lay on the floor and just let the colors soak into us. I never felt so completely infused with pure color, sometimes so intense you could taste it. The pacing of the color changes induced a change in perception, a kind of meditative state vibratingly alive with color.  I had been sorry to miss Turrell's show at the Guggenheim. In contrast, this venue is intimate and spiritual. Skyspace is a profound experience in a place of worship resonant with deep quiet and simplicity. Turrell himself is a lifelong Quaker.  This installation gives new meaning to "seeking the inner light!"

The Chestnut Hill Skyspace, called Greet the Light, is a permanent art installation in the Chestnut Hill Friends Meetinghouse which simply requires registration: http://chestnuthillskyspace.org/visit/.  What a treasure both for Philadelphians and visitors to Philly!

Posted by Susan Richards at 2:15 PM No comments:

Newark, the Paradox: everything from crime to a world-class collection of Tibetan Buddhist art 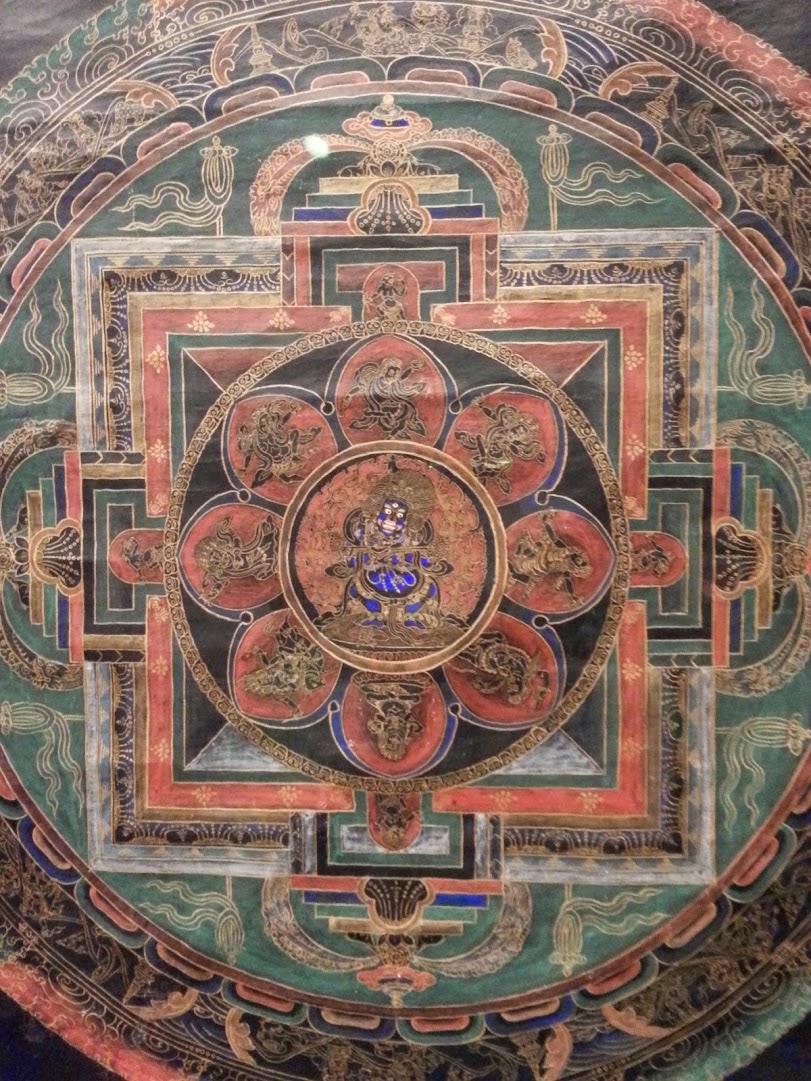 My taxi ride from the Newark train station to the Newark Museum was most unusual.  Sitting at a light, a white BMW pulled up to the right of us.  My cabbie jumped out and handed the driver, a portly gray-haired man wearing a gold chain with a tiny cross dangling from it, a wad of bills, while thanking him by name.  The light was long enough that the man had a chance to look it over and hand a $100 bill back saying "I don't know if this one is good."  My cabbie spent the rest of the ride holding the bill up to light, squinting at it, mumbling in his African accent that he didn't know how to tell if it was counterfeit or not.  I found myself wondering if it wasn't "good" if he would owe the man another $100?  Just what was the back story?

Then I entered an environment that has an extraordinary collection of Tibetan Art - an oasis in the midst of poverty and crime.  The lighting was dim, only flicking on when movement censors detected someone there.  The altar below is a sacred space designed in the traditional manor by a Tibetan artist in residence, 1989-1990.  His Holiness, the 14th Dalai Lama, performed a consecration ceremony for the Altar on September 23, 1990, which was his third visit to the Newark Museum. 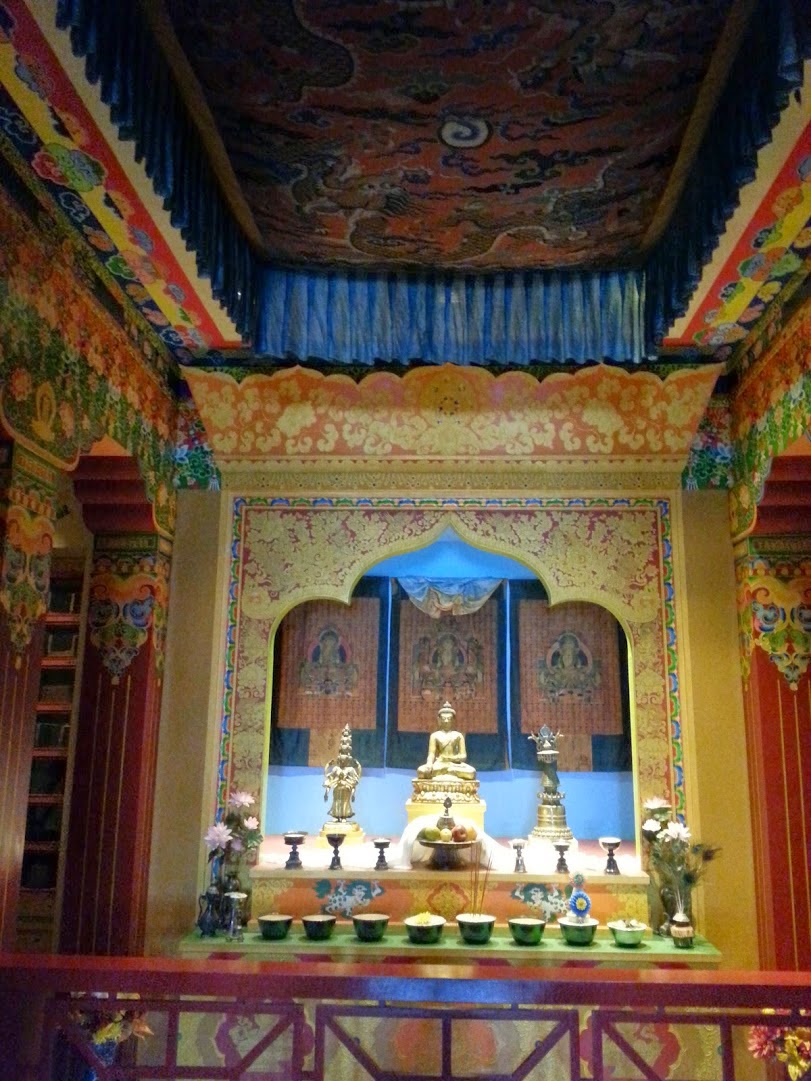 A sense of reverence and calm pervaded the galleries which even the children seemed to sense. 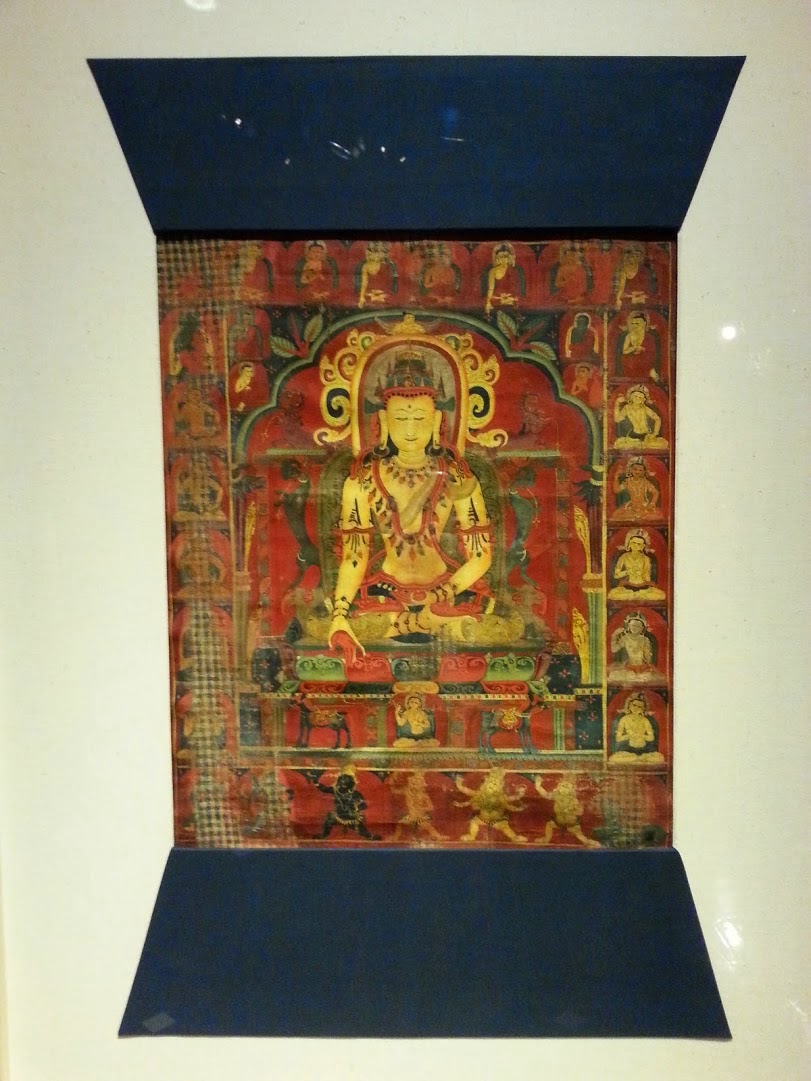 There  was a play area with a child-size tent.  I wish I could have crawled inside myself! 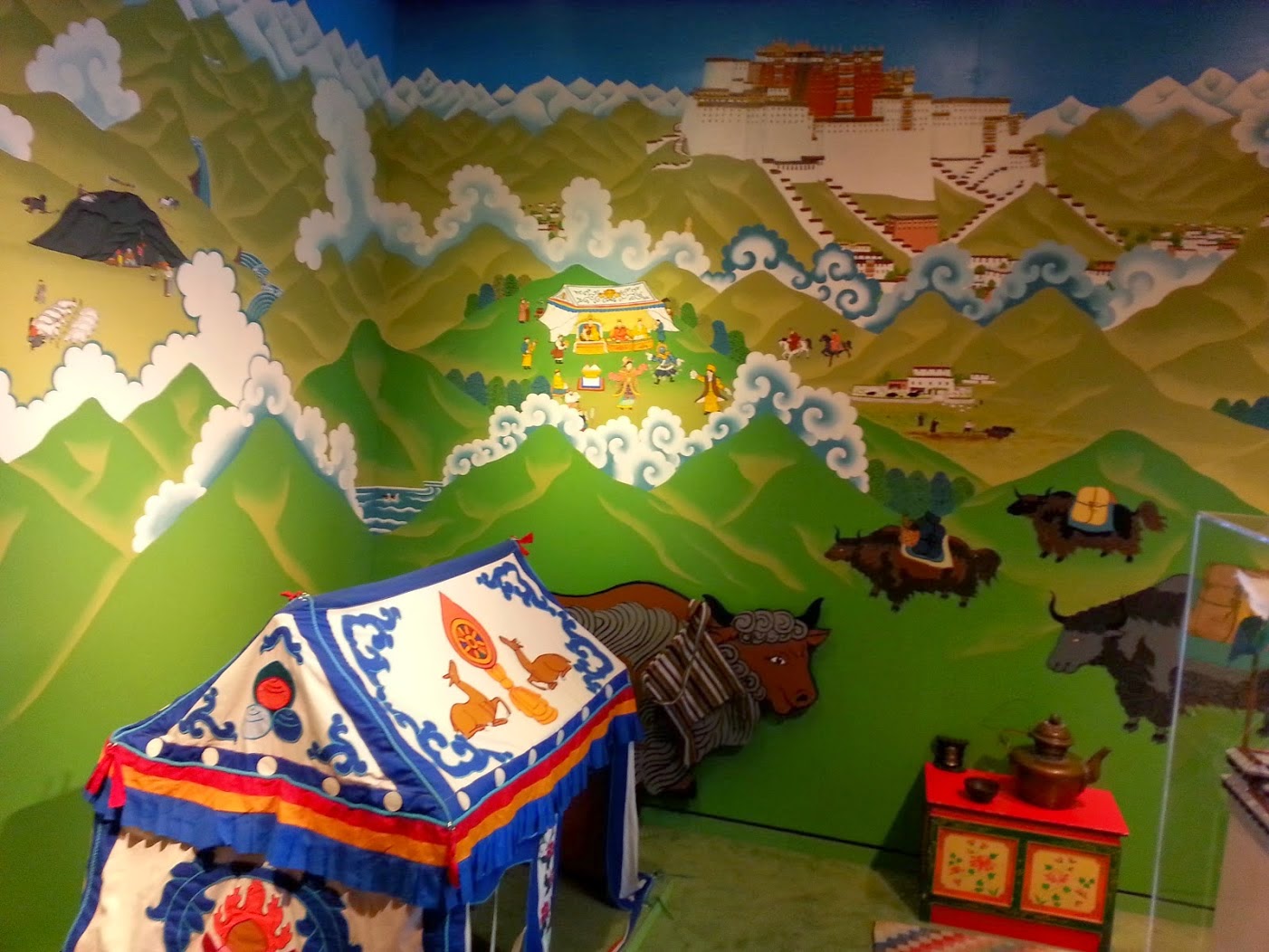 A  feeling infused the Tibetan Galleries that was different from any of the many other galleries.  Delicately climate controlled, so well conserved and documented, the Newark Museum is an important part of Tibet's cultural diaspora.  Yet another reason I fell in love with the Newark Museum! 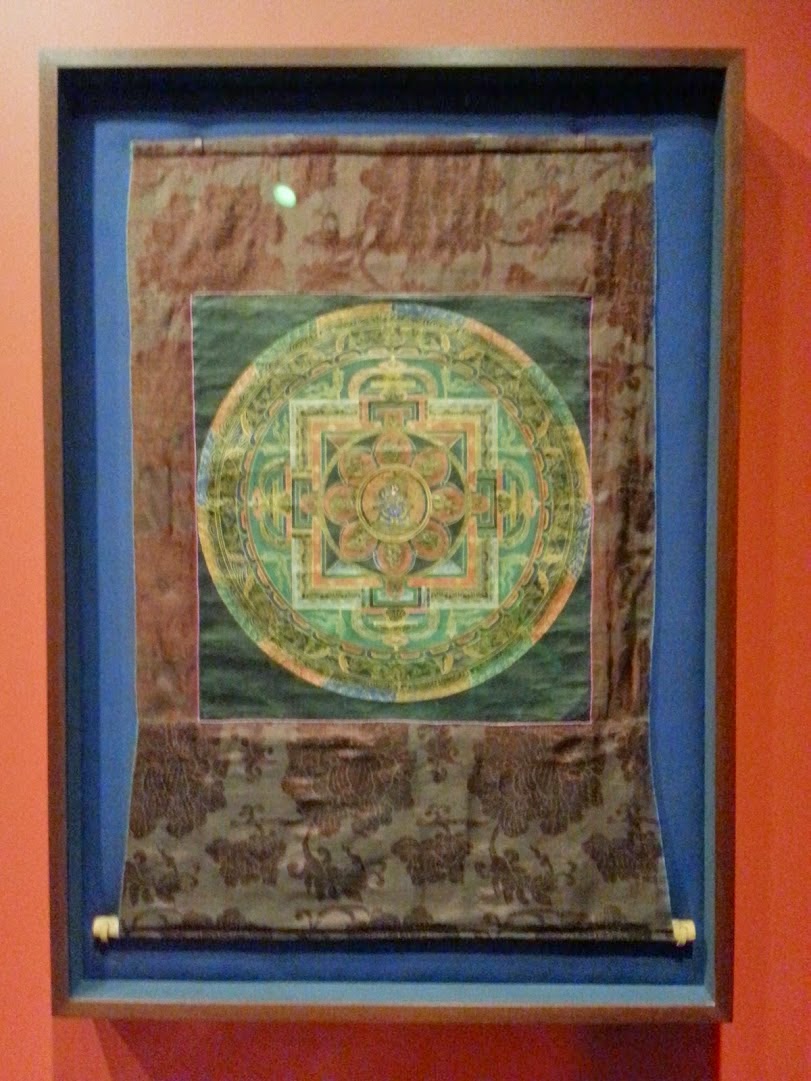 Posted by Susan Richards at 9:43 AM No comments: