It's been called a gardener's garden.  I can see why.  It's designed for joy, for pleasure, for replenishing the soul.  It's not an arboretum - there are no labels to make it into a classroom;  no barriers to immediate experience.  It was a hot day today, but there were so many shady groves.  Our grandsons could run all over the meadows, and get soaked in the sprinklers.  An intimate jewel, it is a work of art, that changes from season to season.

I'm grateful it is nearby.  This was the first time we made it there since moving to the Philly area.  I'll go back alone, with my sketchbook and watercolor pencils!
Posted by Susan Richards at 2:01 PM No comments: 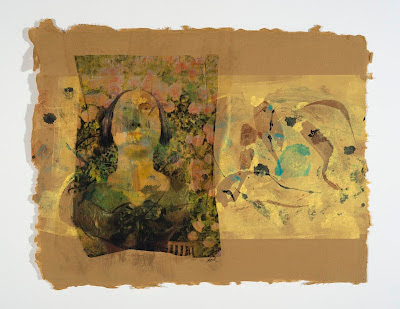 A little boy dressed in his cowboy outfit was a  dramatic foil to the President of the Board of Da Vinci Art Alliance, as she gave the  curatorial talk at last Sunday's reception for  Da Vinci's Annual Members Exhibition.  He strutted, hammed it up, and stole the show, enjoying every minute.

I found out later he was Pat Burns' grandson, there with his father, Pat's son.  I was touched and surprised when my mixed-media piece (above) was awarded the first annual Pat Burns Memorial Prize, (a cash prize).  Pat Burns, who passed away last year, was an extraordinary painter and apparently an equally extraordinary person.

I met a long-time friend of hers at the reception, who by chance happens to live two blocks away from me. The synchronicity of meeting someone who was a close friend of Pat's for forty years and then finding out we are neighbors, felt like something that is meant to be.   I look forward to getting  together with my new friend and neighbor and learning about the the very special person whose legacy I am now connected to and honored by, including viewing a CD of all of Pat's art  that she photographed.

How could I not feel connected to Pat after being congratulated several times by Pat's son,  and seen her grandson collapsed on his father's shoulder, a worn out little cowboy?

Posted by Susan Richards at 3:29 PM No comments:

A family with kids in their pajamas eating Chinese food directly out of the carton were next to us on the bluffs overlooking the Del Mar California Fair when I took these fireworks shots. Below us was the  Ferris wheel outlined in lights and headlights of traffic on the Coast Highway running next to the ocean.   Fireworks together with the smell of Chinese food ....  yuuuum.

Posted by Susan Richards at 10:24 AM No comments: 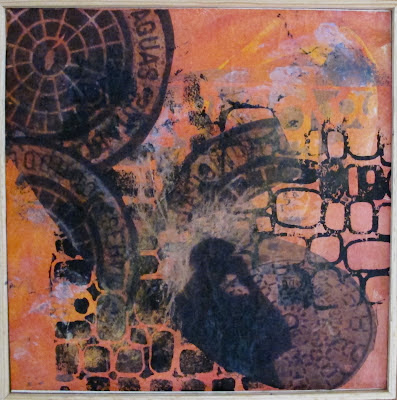 The Traveler's Eye is definitely sharpened, so it seemed the right title for my mixed-media piece above.  The transparent image transfers in The Traveler's Eye are from photographs of street grates in Cordoba, Spain, including my own shadow clicking away.  I strive to see my everyday ordinary world with the same wonder and awareness of detail that I notice when in a new place.

I just delivered The Traveler's Eye to The Da Vinci Art Alliance for its Annual Members Exhibition, titled Summer in the City.  The Opening Awards Reception is next Sunday, July 8, 1-4 p.m and should be a lot of fun.  Da Vinci is a venerable non-profit artists' organization that has been around since 1931.  Its South Philly location is definitely funkier than the trendy and posh Old City galleries.  I like the funk.

Just for fun, here are some photos from my Spanish Street Grate series.  Beautiful, no? 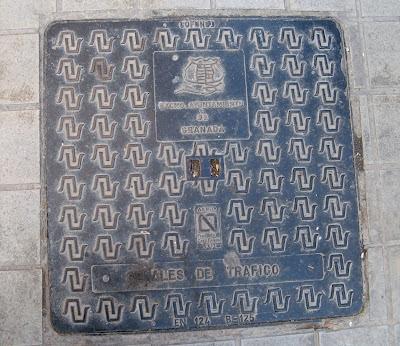 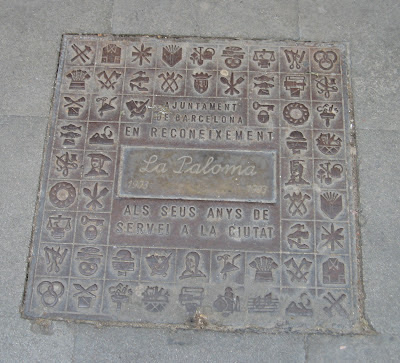 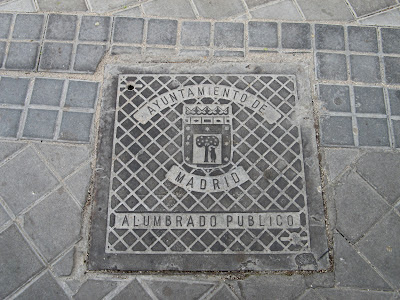 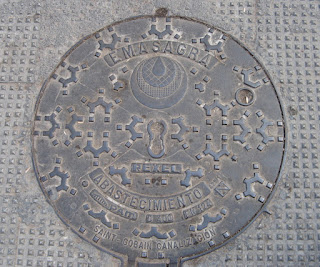 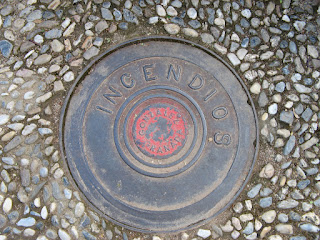 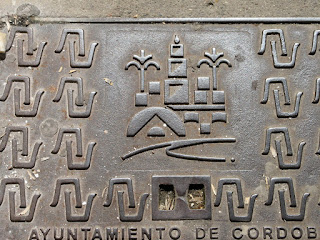 Posted by Susan Richards at 11:24 AM No comments: