The Homage of Irreverence 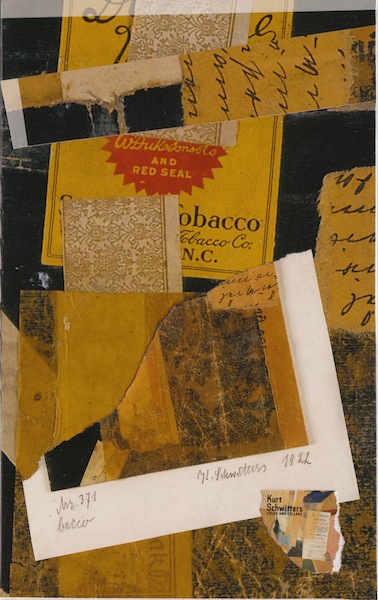 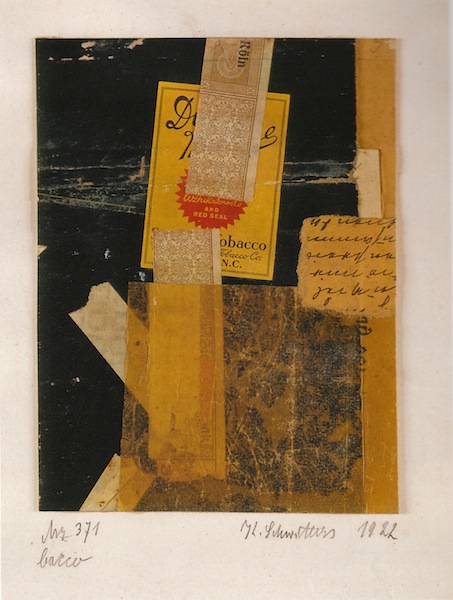 my SoulCollage® card  for Kurt Schwitters (above)
the original Kurt Schwitters collage (below)
I need to ice my foot, which turned out to be broken as well as badly sprained.  My physical therapist tells me that all will ultimately be well.  I try not to be impatient and repeatedly fail.  Yet despite being slowed down against my will, much has happened during these weeks of incapacitation.
I immersed in SoulCollage® Facilitator Training in early June at a beautiful retreat center in the countryside outside of Philadelphia. Our Trainer, Kat Kirby, is an art therapist in San Diego, http://www.2katstudios.com.  It is ironic that all the years I lived in San Diego we didn't know each other.  Only when she flew across the country to train our group of eight, did we meet.  SoulCollage®, developed by Seena Frost, taps into the power of intuition, imagination, and the depths reached nonverbally with visual images.  No art experience is necessary - all that's needed is scissors, glue, receptivity and trusting the process.  Not to mention that it's fun! http://www.soulcollage.com.  I am excited about offering SoulCollage® workshops in my studio starting in the Fall.
Since the Facilitator Training I have been on a roll with making cards for my personal SoulCollage® deck. Each person's deck is  a unique reflection of their personality, story, and soul. This Kurt Schwitters card was made after three of us made a pilgrimage to the Princeton Museum to see his retrospective before it closed, http://www.princetonartmuseum.org/events/schwitters.  We postponed it to the last minute  because of my foot.  It was more walking than I had done since the break, but I acted like my mom, who went on an Elder Hostel to see the High Sierra Mountains for her 85th birthday.  Bedridden afterwards from the exertion, she said "it was worth it."  Some things are worth it.  To see so much of Kurt Schwitters work close up was a rare privilege.  Seeing work on-line, with the best of monitors and the highest resolution cannot capture the subtle textures and the sense of presence and connection with a master, when you are within touching distance, inhaling the essence... The Kurt Schwitters card is part of my SoulCollage® Community Suit:  my posse of allies, my support system, and my sources of inspiration.
There are many relatives, friends, and mentors who I know I will gradually make Community Suit cards for.  Who knew a Kurt Schwitters card would happen first?  The cards seem to have a life of their own, and emerge as they need to.
I can't believe I collaged his collage.  Ultimate chutzpah.  And my ultimate homage.
Posted by Susan Richards at 9:46 AM 2 comments: