The Next Household Name! 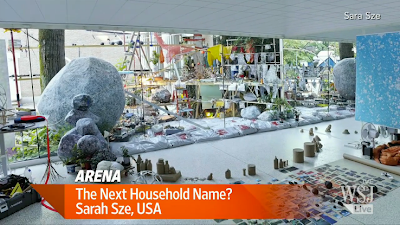 The crowd at Philadelphia's Fabric Workshop and Museum yesterday waited as if for a rock star to make a stage entrance.  She had just represented the United States at the 2013 Venice Biennale.  When Sarah Sze appeared and started her artist's walk-through, she seemed so young for someone of her stature. It was wonderful to hear her talk about her three different installations filling three floors of the Workshop, the culmination of her participation in their Artist-in-Residence program.  In the slide-show talk afterwards she also showed her installations in and around the U.S. Pavilion at the Biennale and explained how the new work at the Fabric Workshop and Museum grew out of it.

The installation on the second level of the Fabric Workshop has the feel of a zen garden: 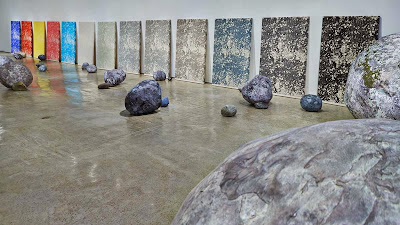 The rocks look very heavy, but actually are light.  They are armitures wrapped in Tyvek, printed with images of lichen.  The large flat panels against the wall are filled with the pattern of the lichen.  Sze started using these rocks in Venice, as in the first photo above.  She scattered some around Venice as well, without any identifying labels, and enjoyed how they just leaked out from the Pavilion.  She showed us pictures of rocks on the edge of a roof, atop a news stand, stuck in a window box.  They had personality and humor of their own. 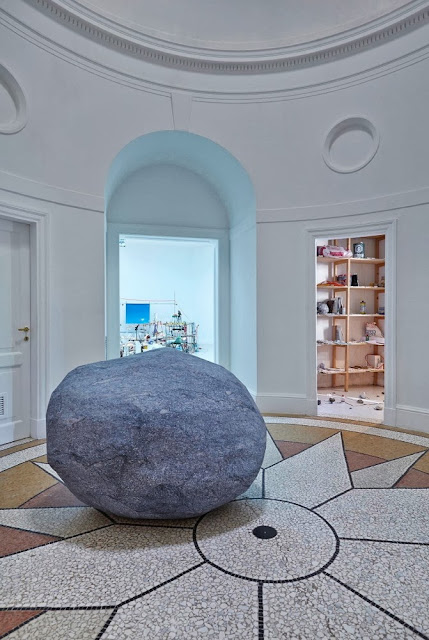 In showing us this photo of the central rotunda in the U.S. Pavilion in Venice, it was the closet, seen off the circle, that she talked about most. 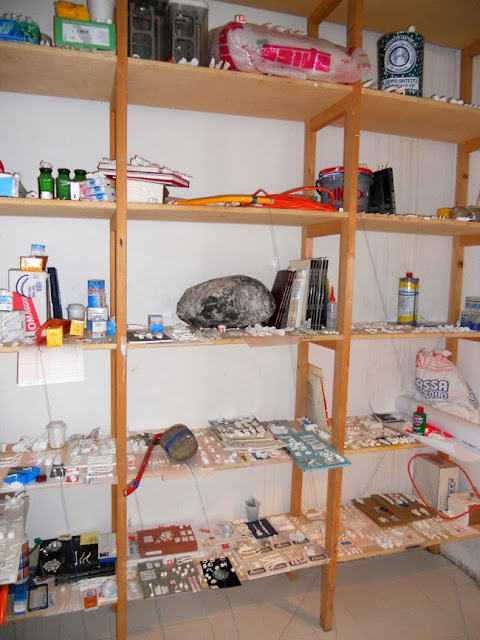 Apparently it is a closet where all the artists who have represented the U.S. in previous years have left something of theirs.  During the exhibition, about half the stuff was other peoples, and half hers.  She seemed touchingly in awe, mentioning something from Alexander Calder and even Barnett Newman's hat.  There was more wonder and gratitude than ego in this brief glimpse we were given of her awareness of being a link in the chain of art history.  I wonder which item of hers got left in the closet when the show came down. 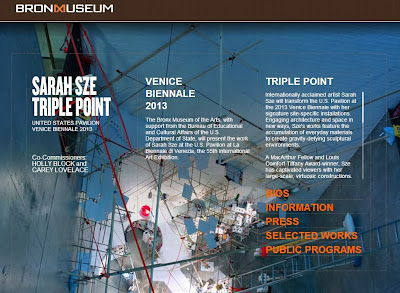 I first fell in love with her work in 2001 when she did a permanent installation in the Museum of Contemporary Art in La Jolla, California, near where I lived.  I never knew someone could make a crumpled venetian blind into something of such transcendent beauty.  There is much to be said for loving and visiting a particular work of art over time, and being thrilled to see new things in it every time.

In 2001 I bought a book of her work with great plates.  At the opening last night they were selling other newer bigger ones.  I looked on Amazon:  mine is out of print, available used at a big price.  I couldn't have given myself a better birthday present than to be there last night for her talks.  I hope I live long enough to see what she does in her 50's and 60's! 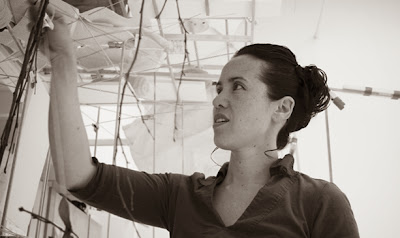