SoulCollage® and Dreamwork: The Mystery of Dream Cards 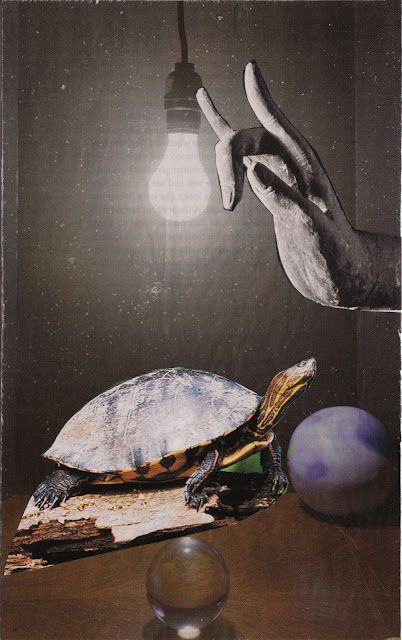 "Dreams are unopened letters from God, and who wouldn't want to open their mail?"  I vividly remember hearing these words in a talk by Kilton Stewart's widow many years ago.  In the mid 20th century, the Stewarts publicized the central role of dreams among the Senoi people of Malaysia, a culture that taught the value of dreams to its children by parents asking them about their dreams over breakfast, and taking the time to listen to and discuss them.

SoulCollage® is a very natural way to explore dreams and their meanings for we 21st century Westerners.  Both use the non-linear non-verbal language of image, and both bring messages from our deepest unconscious depths.

My Turtle SoulCollage® Card, above, is from a fragment of a specific dream.  On awakening I only remembered seeing a turtle crossing a road and a sense of the turtle being blessed, (even though I knew it had been a much longer dream.)  Other than the turtle itself, none of the rest of this card exactly matches the dream images, but the images I chose do convey the feeling tone of the dream.

This is one way to make a SoulCollage® Dream Card.  Other Dream Cards in my SoulCollage® deck have come to me like waking dreams.  As with cards in the four Suits, as described by Seena Frost in her book SoulCollage® Evolving, the images are put together intuitively.  We often have no idea why certain images seem to want to 'go together.'  Only after a card was made did it let me know that it was a Dream Card that captured the essence of many repetitive dreams I have had over the years. Again, the images of the card may not be specific to the dream(s), but capture the feeling tone. Following are two examples of this kind of Dream Card: 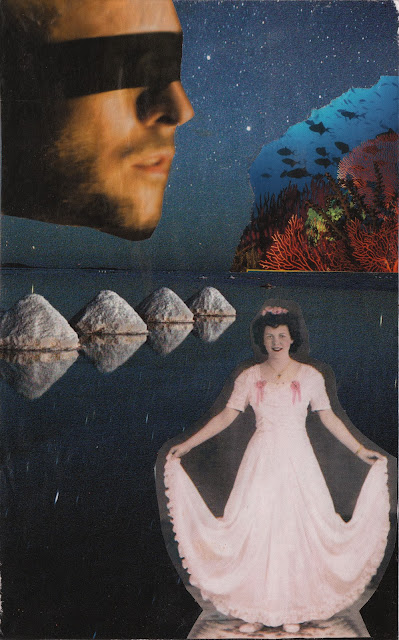 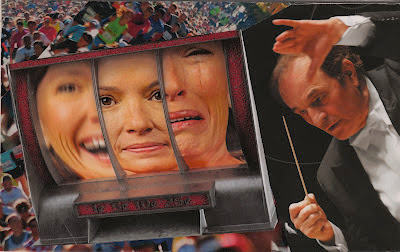 The following card is still another way that Dream Cards can both be made and can function. It is a card I made in response to a nightmare in which I felt trapped in a narrow place and threatened.  Again, there was no available imagery that was exactly like the dream, but I was able to find imagery that metaphorically conveyed the feeling of it.  As in techniques like re-dreaming a more positive end to a nightmare, or even writing down a different ending and imagining it, the solution was given to me by an image that wanted to be incorporated into the card. The resolution to feeling trapped in a narrow place and threatened was found by incorporating the animal moving forward strongly and firmly.  The animal was not in the dream itself, but wanted to be in my Dream Card!  That only occurred in the course of making the card...  a waking form of re-dreaming a positive ending!   It was a freeing experience to make the card and shifted the energy of the dream for me. 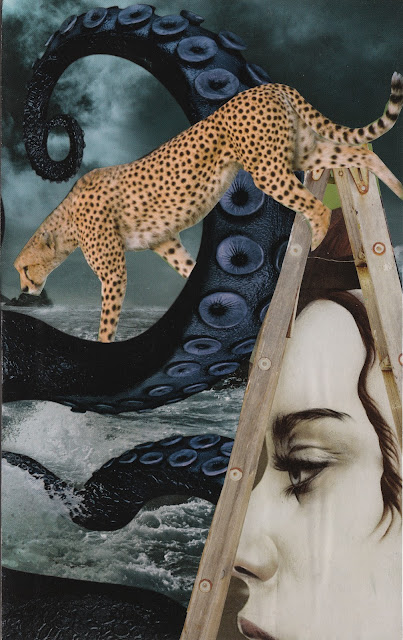 As a SoulCollage® Facilitator, I am very excited to be offering workshops on SoulCollage® and Dreamwork near the Equinoxes and the Solstices, starting with the Autumn Equinox.  I look forward to exploring this amazingly fertile ground together with others!


Posted by Susan Richards at 10:37 AM No comments: