Cuba On The Cusp 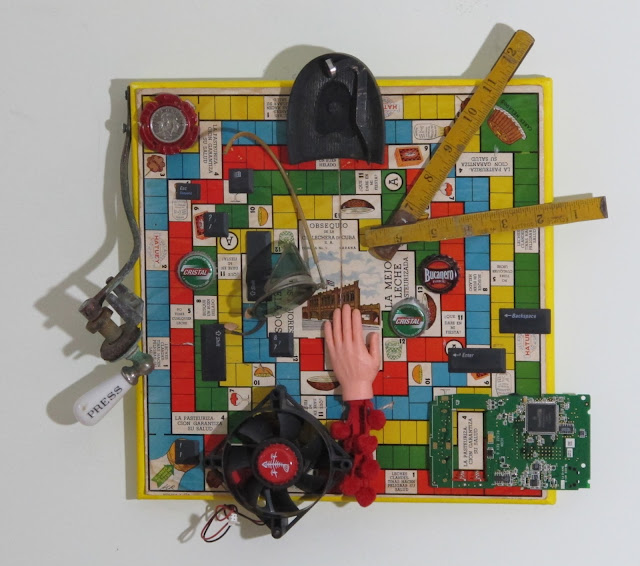 This mixed media piece, "Cuba On The Cusp", captures impressions from my visit to Cuba last February.  I purchased the vintage game board that forms its background in a plaza in Havana that is surrounded by booksellers, as well as vendors of posters and other memorabilia: 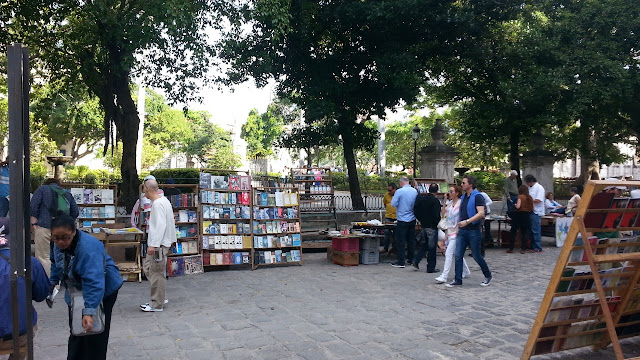 It is actually a menu from an ice cream company when folded closed.  When opened, presto!  A game board!  I knew it would be one of the best treasures from my trip:  an art supply that could easily fit in my suitcase!

Another treasure that was easy to carry was the coin with Che's iconic image that says "Patria O Muerte" (Country or Death): 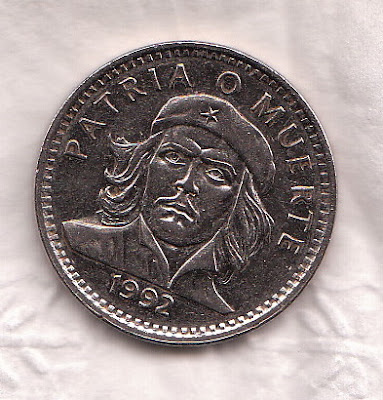 People were selling these coins on the street to tourists.  I'm not sure if these coins are even still in circulation as legal tender. 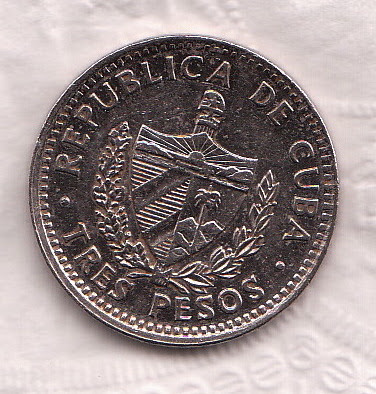 It fit perfectly on the game board.  Che projects an aura of liberty and freedom that for me is actually more truly embodied by Jose Marti. However Jose Marti wasn't quite as romanticized or photographed as Che, as well as being from an earlier era, not contemporary with the revolution.  I couldn't resist my choice of computer keyboard keys near the coin.  Once Cubans have readily available uncensored internet access, they will be able (among many other things!) to examine the many-sidedness of Che's legacy. 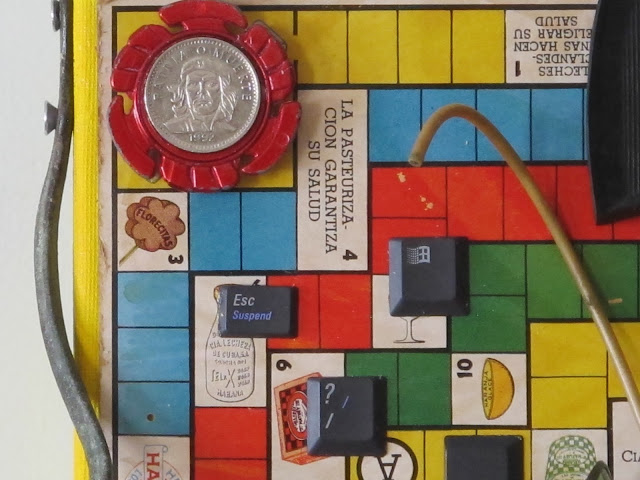 Earlier sketches of this piece were somewhat different.  It wasn't until after Obama's historic visit to Cuba in March that I added the digital phone circuitry and computer keyboard pieces.  It was so hopeful that among the businessmen who accompanied him were internet technology people.  Cubans have cell phones on which they can call each other and text, but for the most part they don't have internet access. 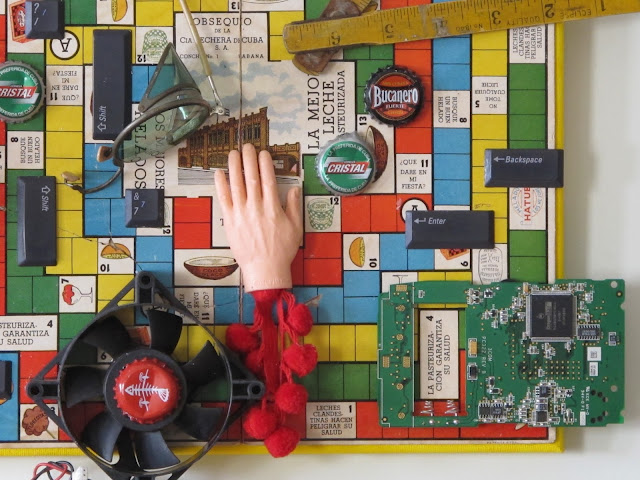 In contrast, the the curved metal piece on top of the shoe sole is an old typewriter key.. 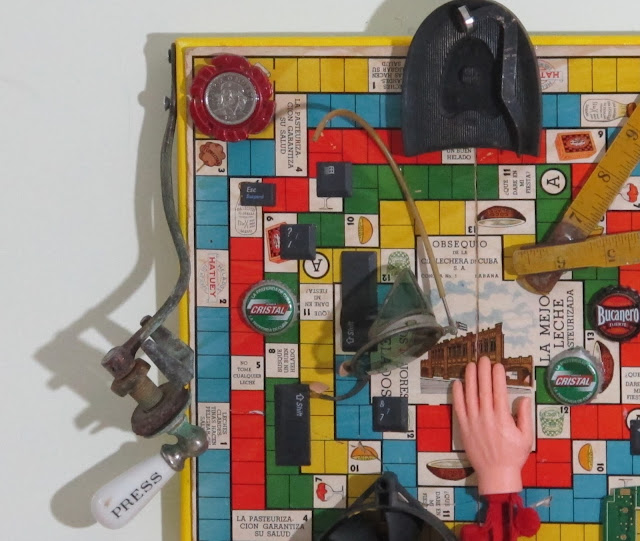 The sole echoes arches in so much of Cuban architecture, whether in crumbled ruin: 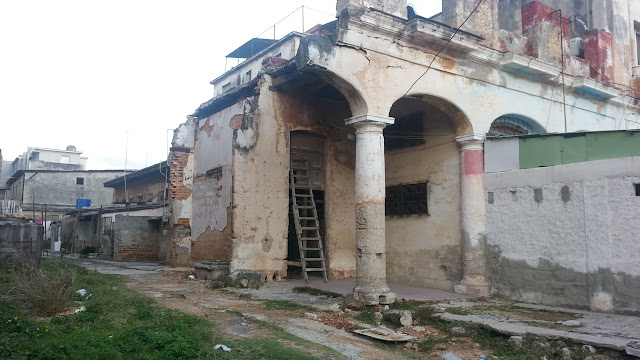 or in the renovated tourist areas: 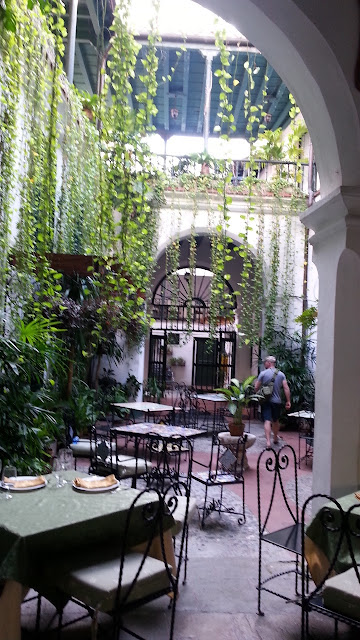 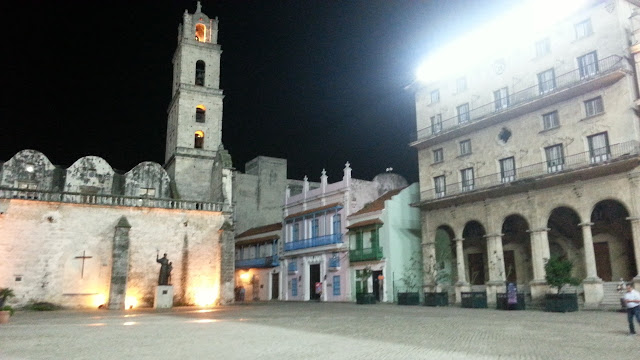 The old-fashioned ruler and toilet handle are symbols of the explosion of renovation that is going on in Havana, at least in the tourist areas: 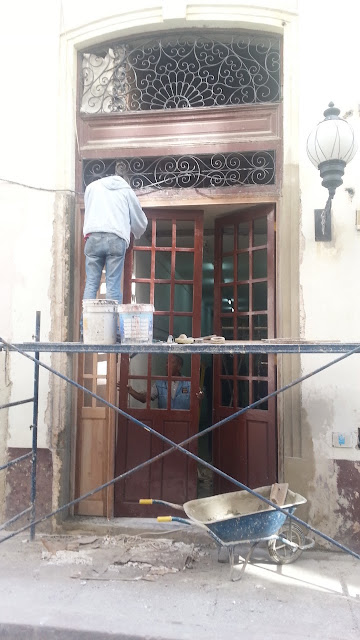 The circular blades on the bottom recall boats, whether fishing boats, the boats of the Mariel boatlift of 1980, (a mass emigration of Cubans to the United States), or the boats of people who have attempted to leave, both successfully and unsuccessfully, in the ensuing years. 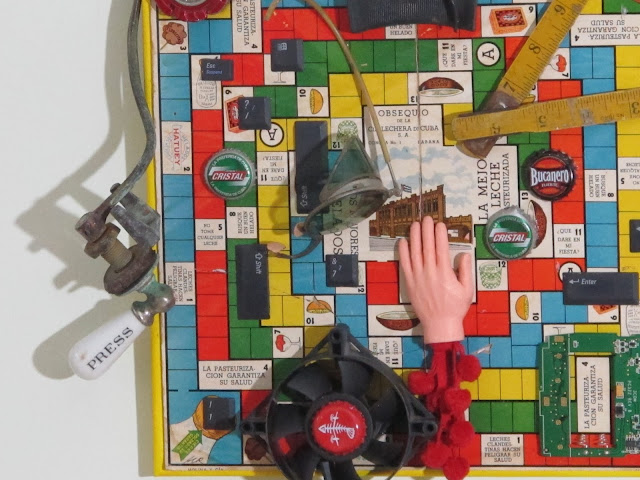 "Cuba On The Cusp" points to the convergence of old and new.  The 'shift' keys point in both directions.  Change is accelerating.  The hand in the center expresses the  love of the land, its culture, and its people that gives me confidence that the essential nature of Cuba will endure.  It always has.  It is resilient and beautiful.  And the new forms will be fascinating!


Posted by Susan Richards at 2:11 PM No comments: