“When you are creating there is an added energy that surpasses anything else” said artist Louise Nevelson, in a video that is part of her retrospective at The Jewish Museum in New York City.

Visual arts in the Big Apple, letting the nonverbal part of my brain take over, is my decompression chamber from the week of writing immersion at the International Women Writer’s Guild (IWWG) annual conference at Skidmore College.

In the audio to the Louise Nevelson exhibit, her friend Edward Albee said “she told me that every single piece she ever made was part of one big piece. She referred to herself as a weaver, weaving all the pieces into one huge piece.”

Looking at Nevelson’s sculptural walls, - each section having its own unique shapes, its own shadows and light, yet part of a whole, - made concrete for me what had happened at Skidmore in relation to each other as well as within ourselves.

The “added energy that surpasses anything else” was pervasive, contagious, exhausting, exhilarating. The "one huge piece" is the IWWG Archive at Smith College, which not only contains documents of the organization's thirty year history, but copies of all the published work of IWWG members.

Whether the art scene in the Big Apple or the array of classes offered at Skidmore, there is a normal human tendency to greed, the desire to sample it all. It is hard to prioritize, yet digging deep rather than wide is what reaches the underground water source... And after all, I'll be back next year.
Posted by Susan Richards at 5:26 AM No comments: 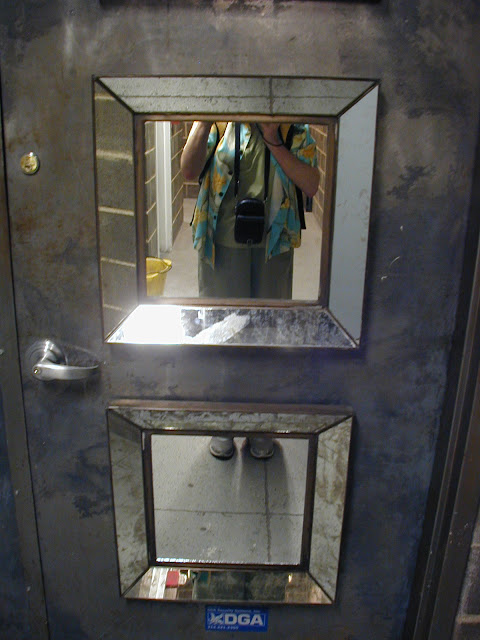 At the Albany State Museum, our respite after traveling from San Diego, my friend Ahouva and I came across the following Native American prayer:

Welcome my kinspeople. Let us refresh you after your long and difficult journey, and let us give thanks to the Creator that we are alive to see one another again.

To travel from Albany to Skidmore College in Saratoga Springs to attend the 30th Annual International Women’s Writing Guild (IWWG) Conference, "Remember the Magic," was indeed a return to “kinspeople". We were ready to board the bus. The magic had already begun.
Posted by Susan Richards at 5:24 AM No comments: